To commemorate our 10th anniversary, I have written a two-part series outlining Transparent BPO’s history and vision. In this part, we take a look back at our beginnings. Part two will focus on where we’ve come over the years and our “2020 Vision” for the future. 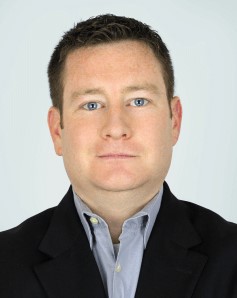 For three years, I was the director of customer service and sales for a direct response company. We outsourced 200 to 300 seats in countries all across the globe — Pakistan, India, Dominican Republic, and South Africa, to name a few.

After doing that for two and a half years, my partners — Bob Wienholt and Sean Bright — and I became frustrated with the process. Every time we outsourced, there was always something missing.

There was a lack of transparency and visibility into the process, technology was a stumbling block, and the performance was never really there.

The call centers wouldn’t let us get involved at the agent level. My view is that I’m the client; no one understands the product better than me. But they always ran a black-box type of solution.

We also recognized a disturbing trend: Massive consolidation was taking place in the market and customer experience was getting lost. Vendors were putting warm bodies in seats to bill me rather than customizing a solution around the satisfaction of my customer. I got frustrated with the process and said one day, “I think we can do this better ourselves.”

We felt we found a void in the market and knew this type of center was one we wished we could have found to work with. So, we decided to establish the one we were looking for ourselves. Knowing what we wanted the business model to look like, we set out on a journey to find a perfect location to fit our needs.

What we wanted to do was open a center that had transparency at the core. We would work with our clients,  show them everything, and open up our doors. We would let them monitor in real-time, get involved in training, and even house them on-site, so they can interact with us and teach us about their products and services. Rather than just be a vendor, we wanted to be an extension of the client, a true partner in their success.

The decision to locate the company in Belize came after Bob headed out on a cruise for his vacation. When the ship ported in Belize, Bob disembarked and was immediately taken with the friendly, welcoming atmosphere. He was also struck by the outsourcing possibilities of a Central American country where English is the first language.

After he returned, the three of us set about researching Belize and its relatively untapped BPO potential. We settled on the country because the technology was (and is) solid, the educational system is excellent, and, as mentioned, English is the primary language. We also felt by locating there we could offer high-quality services nearshore but at a lower cost than onshore.

Impressed by what we found, we opened Transparent BPO’s first offshore site in Belize City in late 2009. I moved to Belize to start the business and do the initial onboarding and training. We hired all Belizeans to start with to bring them up, took the first calls in January 2010, and have been growing steadily ever since.

Why Transparent BPO? Because these clients trusted us to transform their business.

Grow your career with Transparent BPO